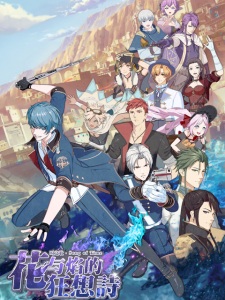 Plot Summary: On the far side of the Milky Way, there is a planet gestating magical power-Wilhallen. There are four very different countries on this magical continent: the ancient and mysterious eastern empire—Huang; the free and open Nanyang island country—Tapaz; the iron-clad western republic—Vrsaris; and, Civilized and elegant Beilian Gang-Agnesa. All countries enshrine the High God and obtain the gift of divine power. Although there are occasional conflicts, most people enjoy a peaceful life. Until the era of 3836, when a mysterious man in black suddenly came with an unknown dark force, but found himself in the wrong place at the wrong time. Fortunately, the established fate was as recorded in the time document in his hand. Verhallen opened a new parallel world...

Other name: Song of Time, 时之歌—花与焰的狂想诗