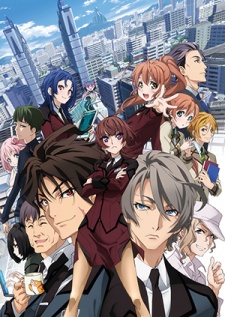 Plot Summary: Set in a part of Tokyo that has descended into a quagmire, the story follows Unit 8 of the 5th Special Public Security Section's 3rd Mobile Assault Division, popularly called "The Eighth," who don powered armor "Willwear" exoskeletons to counter the rise in crime.